What is the MERV rating in air purifiers? The HVAC industry sure loves their acronyms, don’t they?

Air purifiers have become incredibly popular over the last several years thanks to their ability to freshen the air and limit the chances of health problems caused by indoor pollutants.

But what in heaven’s name is MERV rating?

MERV stands for Minimum Efficiency Reporting Value. Basically, it’s a rating system that identifies the efficiency at which a filter traps air particles — from large to small. 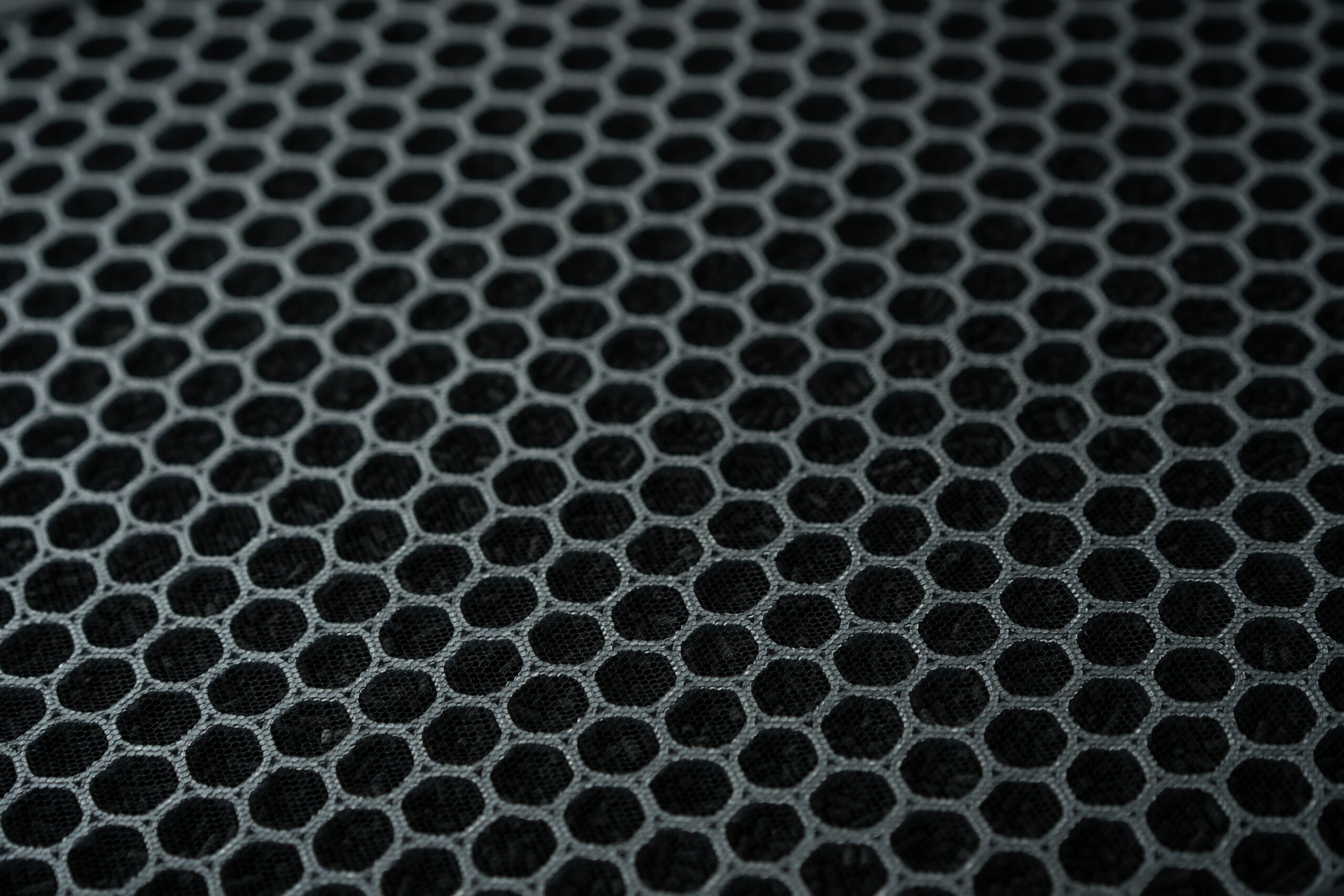 MERV Ratings and Air Purifiers: What’s it all About?

The HVAC industry uses a MERV rating system to indicate a filter’s ability to remove airborne particulates. The rating system is from 1 through to 16, with 16 rated the best.

A filter MERV rating in an air purifier with a range of 1 to 4 can only remove larger particulates. Specifically, they are only 20% efficient at removing particles size between 3.0 and 10.0 microns.

Since the head of an average pin is about 2 microns, something that size would still find its way through the lowest rating MERV filter.

But what about MERV ratings between 1 and 16? What can they remove?

How the MERV Rating is Calculated

Before a filter gets classified with a MERV rating for an air purifier—or any other HVAC appliance—it goes through rigorous testing.

The American Society of Heating, Refrigerating and Air-Conditioning Engineers (ASHRAE) developed and implemented the testing standards for air filters.

The testing has undergone several revisions, with the newest in place since 1999, the ANSI/ASHRAE Standard 52.2.

Before testing an actual filter, the apparatus must undergo 13 prequalifying tests. This ensures that all results should be the same regardless of the laboratory where the testing occurs.

Starting with a clean filter, synthetic dust is loaded onto the filter and measured four times.

The dust is created by a particle generator into specific sizes and then blown into an airstream.

Based on the results, MERV ratings are applied. 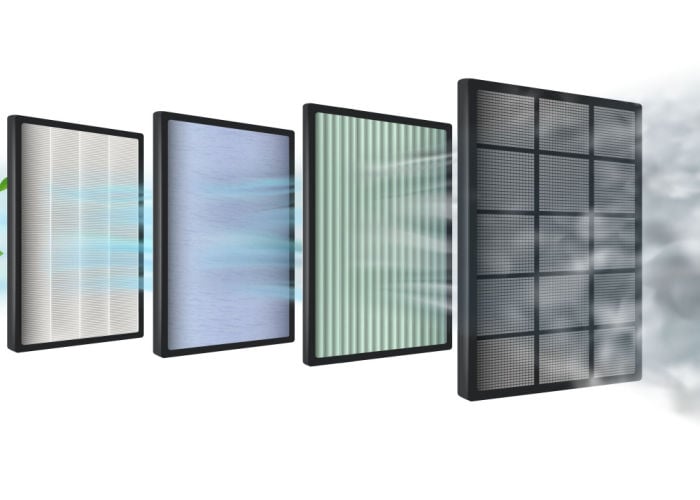 Choosing a MERV Rating for Your Air Purifier

While your instinct may be to look for an air purifier or HVAC filter with a MERV rating of 16, there may be better options.

Most types of residential — and a lot of portable HVAC equipment — aren’t capable of handling a filter rated at 16 since it blocks an incredible amount of airflow.

Instead, the best and most common home-use filter may only have a MERV rating between 8 and 10.

Referring to the table above, a filter rated at MERV 8 will remove 85% of particles that are 10.0 microns in size.

Does that mean finding an air purifier with a higher rating MERV filter or better is impossible?

No. There are higher-end air purifiers that utilize MERV 16 or HEPA filters.

In fact, and especially if you or your family have respiratory issues, choosing an air purifier with a HEPA filter is likely your best idea.

But what’s a HEPA filter?

As mentioned above, the MERV rating is based on the ANSI/ASHRAE Standard 52.2 of 1999.

However, HEPA filters are not included in the MERV rating since they exceed the test protocols that determine MERV.

HEPA filters are the only ones on the market today that have been tested to stringent criteria and certified to meet a specific efficiency level.

A MERV 16 filter can and will remove microns down to 0.3 in size, but they only have an efficiency rating of 95% plus.

Meaning they are only guaranteed a 95% efficiency rate but that they may do better.

HEPA filters are tested using various materials, including mineral oil, and a dust spot test ranging in particles from 0.3 to 50 microns.

Essentially, the 99.97% guarantee is granted when and if 10,000 particles that are 0.3 microns in size are blown into a HEPA filter, and it only lets three particles through.

But if you were to do the same test on an ASHRAE-rated MERV 16 filter, it would only be about 50% efficient.

Therefore, a HEPA filter is at least 50% more efficient than a MERV 16 filter. 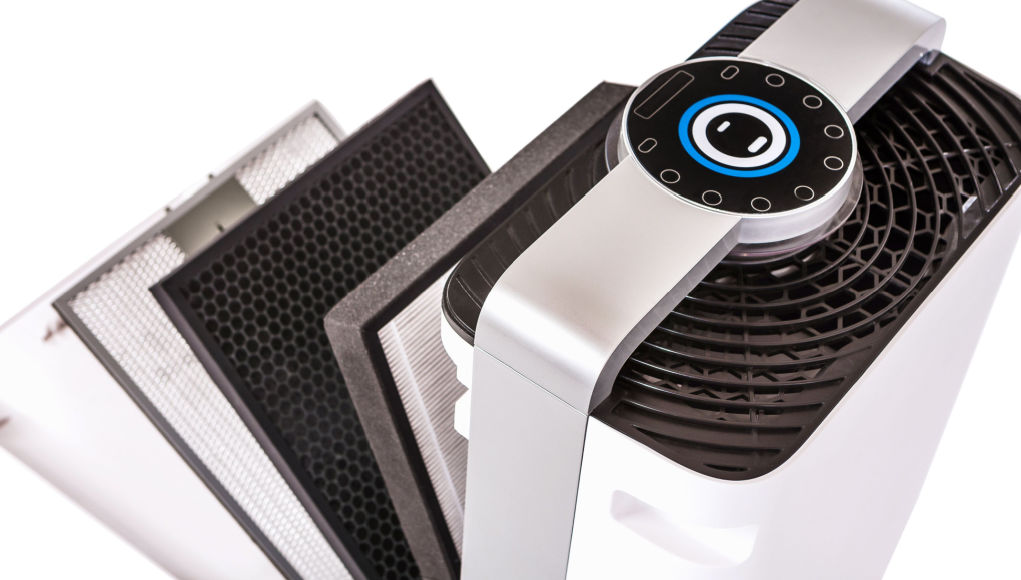 The Best MERV Rating for an Air Purifier FAQs

Q: Is better air quality guaranteed with a higher-rated filter?

A: No. There are other variables to consider, like filter size and fit.

Q: Is the MERV rating all that matters?

A: No. MERV is irrelevant if you’re not maintaining your filter.

Q: How often do filters need to be changed?

A: That depends. Please refer to your manual for your specific manufacturer guidelines.

MERV Rating in Air Purifiers: Wrapping It up

Air purifiers are popular for a good reason, even more so with the respiratory illnesses of today.

It may seem complex when considering MERV ratings and air purifiers, but in the end, it’s pretty simple.

As long as you keep in mind that the higher the MERV rating, the more efficient the filter, you’ll be fine.

And depending on your situation, you could take a step further and consider a HEPA filter.

READ NEXT: Air Purifier Vs. HVAC Filter: Which is Better?

Get Exclusive Updates Every Week!