If you are a homeowner and bird parent, you probably wonder, “is an air purifier safe for birds?”

This is, indeed, a valid concern. After all, it’s not only your bird’s health that could potentially benefit from air purifiers but yours, too!

Unfortunately, though, as with so many things in the HVAC industry, there isn’t a single, clear-cut answer.

Despite that, you’ll find websites that unequivocally say they are safe. However, that’s not necessarily true.

In the end, you will need to research a specific air purifier model and the technology it uses to be able to say with certainty that it’s safe for your bird.

But don’t worry; we won’t leave you in the dark.

The following will provide helpful information to help you make a wise decision that won’t ultimately be bad for your pet. 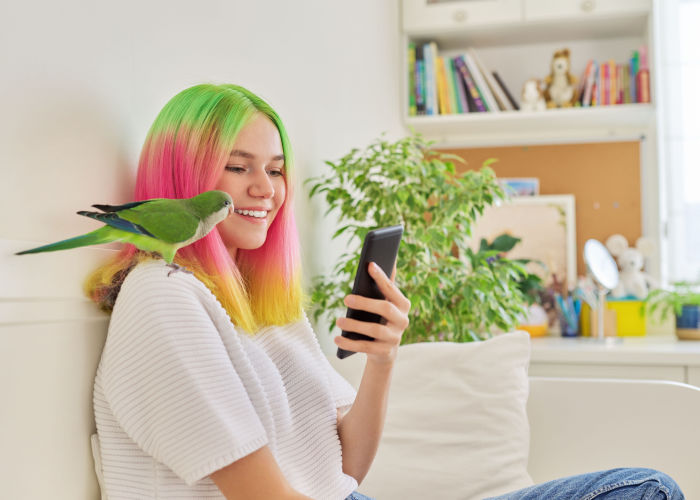 Are Air Purifiers Safe for Birds—And do Bird Owners Really Need One?

Assuming air purifiers are safe for birds, do you really need one?

For yourself, and maybe for your bird as well?

Bird Dander Can Be Dangerous to Humans

Bird dust and dander — and pet dander in general — is potentially dangerous, especially to people who are allergic to it and to anyone with asthma.

Breathing in the dander can trigger an immune response that can lead to, at the very least, a sore throat, itchy or watery eyes, and itchy skin.

A condition called Alveolitis, which causes the lungs to become inflamed, is also possible.

Another disease, Psittacosis, is caused by a bacterium called Chlamydia psittaci, carried by birds.

This can cause severe illness in the elderly if and when they inhale bird dust from feathers.

So once you’ve determined that an air purifier is safe for birds, having one in your home could decrease your chances of picking up several illnesses.

Human Homes Can Be Dangerous for Birds

On the flip side, while we may feel that we live in a safe environment, it may not be so safe for a bird.

If you have a bird and there’s a smoker in the home, purifying the air is important, especially if you have cockatiels, cockatoos, or African greys.

Birds are small — at least in comparison to us — but their respiratory system handles more air per their body weight than humans.

This makes them susceptible to toxins in the air, including Teflon, PTFE, cleaning chemicals and fumes, air fresheners, their own dander, fecal matter, cigarette smoke, and carbon monoxide.

Plus, rain and wind have added benefits to cleaning the air.

So once you’ve determined that an air purifier is safe for birds, using one can be as beneficial for them as it is for us. 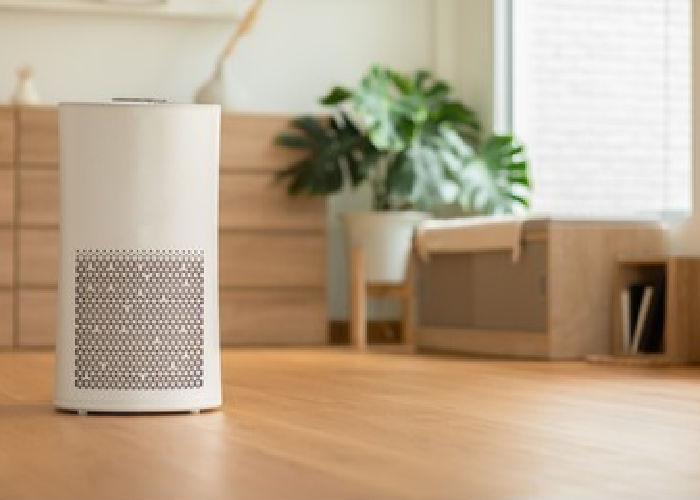 Now that we’ve concluded that it’s probably a good idea for you and your bird to have one, it’s time to narrow down which air purifier is safest for birds.

This doesn’t mean you don’t need to do your due diligence when choosing an air purifier.

Still, it should simplify your selection process by helping you narrow your choices.

Remember, if you see an air purifier manufacturer claiming that air purifiers are safe to use, they may simply be saying that their brand or model is safe. Or it may be nothing more than a marketing ploy.

At the highest level, there are two types of air purifiers: electronic and mechanical.

Mechanical air cleaners pull air through a filter that traps airborne particles. Better yet, they’re highly reliable and do their job without producing an air pollutant — ozone.

Electronic air cleaners and purifiers work differently. They use electricity to charge and trap air particles.

Electrostatic precipitators use negative and positive charges to collect air particles into plates that eventually need to be cleaned.

Ionizers collect particles, clean them, and deposit them in the room.

In addition to the three main types of electronic air cleaners and purifiers, some use ultraviolet technology to sanitize the air.

Of the two main types of air purifiers — mechanical and electronic — mechanical filtration is recommended for pet owners, especially birds.

This isn’t to say that electronic air purifiers are ineffective; it’s just that ozone and ionized contaminants are potentially harmful to your family and your bird.

Mechanical air purifiers have a simple filtration system comprising a fan and at least one filter.

The fan circulates the air, and the filter catches and traps airborne particulates as they pass.

Which Mechanical Air Purifiers Are Safest for Birds?

All mechanical air purifiers are not created equal.

The most essential component of the purifier is the filter since its job is to trap airborne contaminants.

Essentially, your air purifier is only as good as the filter it contains.

There are many filters on the market, but we will focus on HEPA filters and filters with a MERV value rating.

Since the MERV rating scale is a little more complex, let’s start with that.

What is the MERV Rating System?

MERV is the acronym for Minimum Efficiency Reporting Value.

By means of a value system between 1 and 16, tested air filters are rated at their efficiency when trapping air particles of various sizes.

The standards for the tests were developed under and implemented by the American Society of Heating, Refrigerating, and Air-Conditioning Engineers (ASHRAE).

Test results are based on very stringent testing.

The least efficient rating for a filter is MERV 1. A filter will trap carpet fibers, pollen, and dust mites at this value.

However, it’s only 20% efficient and will only remove particles between 3.0 and 10.0 microns.

What’s a micron, you say?

To put that in perspective and help you visualize better, the size of the average pinhead is about 2.0 microns.

A low-value MERV-rated air purifier filter will likely be of little use to you or your bird.

Instead, look for an air purifier with a higher-rated filter.

For example, a MERV 16 filter.

At the other end of the spectrum from a MERV 1 filter, a MERV 16 filter can remove many more, much smaller, particulates from the air, like bacteria, airborne viruses, mold, tobacco smoke, and a variety of other pollutants.

Better yet, it will remove a minimum of 95% of all microns sized between 0.3 and 1.0, about 10 times smaller than what a MERV 1 filter can catch and trap.

These would be very safe and effective air purifiers for your birds but are they the best option?

HEPA filters are even better.

What are HEPA Filters?

HEPA filters pick up where a MERV 16 filter stops. A HEPA filter is even better than the highest-rated MERV filter.

HEPA is an acronym for High-Efficiency Particulate Air.

HEPA filters are the only ones currently available that meet the stringent testing criteria necessary to be certified as having met a specific efficiency level.

And yes, a MERV 16 filter can also remove particulates as small as 0.3 microns. But that doesn’t tell the whole story.

The whole story is that a filter rated at MERV 16 will remove pollutants as small as 0.3 to 1.0 microns and remove 95% of them or more.

That sounds great, but you need to realize that it’s only guaranteed to remove 95%.

On the other hand, a HEPA filter is guaranteed to remove more–up to 99.97% of particles that are 0.3 microns.

That sounds much better, doesn’t it? 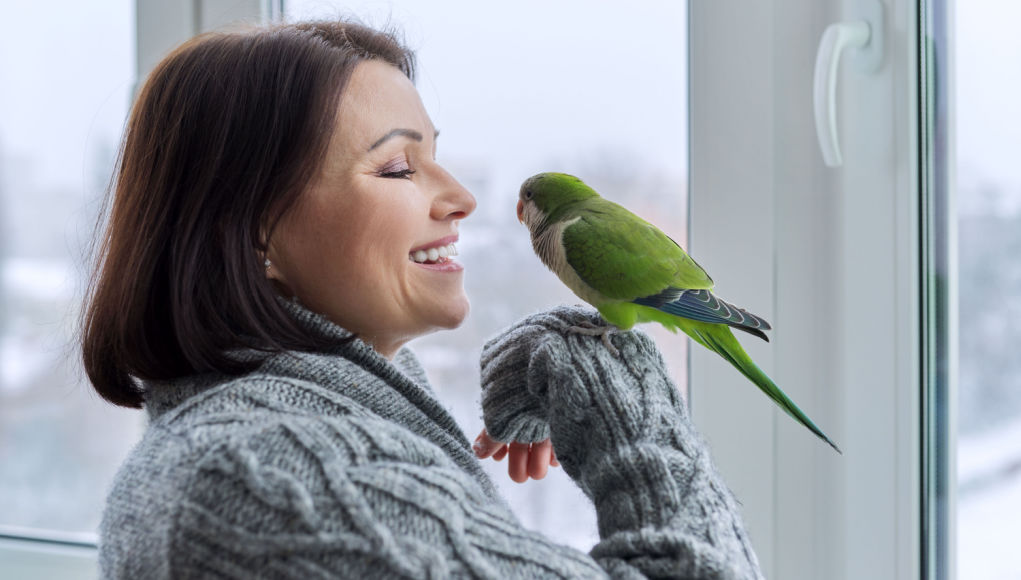 Generally Speaking, Is An Air Purifier Safe for Birds?

Air purifiers can be safe for birds, especially mechanical ones.

But there are a few other things to consider.

Many people aren’t as cautious or knowledgeable as they should be when plugging in an energy-intense appliance such as an air purifier.

Plugging into an overloaded circuit could lead to an electrical fault or a short circuit, potentially starting a fire.

Obviously, a fire is dangerous for you and your family, your bird, and any other pets.

Additionally, while a mechanical air purifier with a fan and a filter is an advantage, that fan can also be a disadvantage.

Be sure not to place it too close to your bird since it might cause a draft. This could be potentially hazardous to its sensitive respiratory system.

Wondering if an air purifier is safe for birds isn’t only for the birds but for your and your family’s health as well.

Bird dust and dander are potentially dangerous, even more so if you have seniors in the home.

Additionally, birds have very sensitive respiratory systems; for the most part, they are trapped inside with whatever airborne pollutants are floating around your home.

READ NEXT: Is My Air Purifier Bad for My Cat/Kitten?

Get Exclusive Updates Every Week!